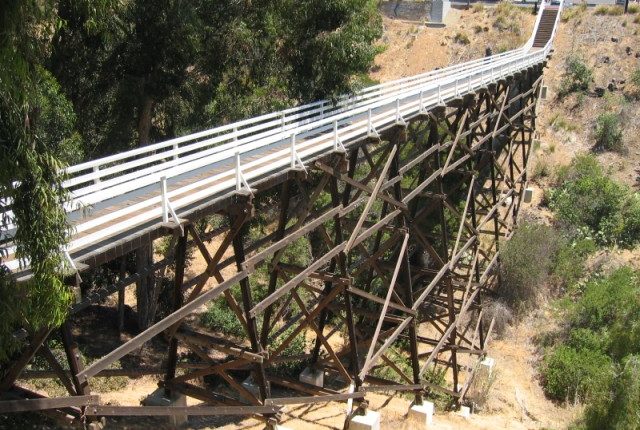 There are approximately 300 bridges within city limits and architect enthusiasts are sure to enjoy the hunt for San Diego’s hidden bridges. Two of the oldest bridges are located in the Hillcrest, and Bankers Hill neighborhoods.

Built in 1905, the Quince Street trestle bridge is a pedestrian bridge, recently restored to its original glory. Located in Hillcrest, it crosses over Maple Canyon between Third and Fourth Avenues and has become a romantic spot full of history.

Locals know the pedestrian bridge located in the northern Bankers Hill area as “the wiggly bridge.” Officially, it is known as the Spruce Street Bridge and was built in 1912. It spans over Kate Sessions Canyon, which lines Fourth and Fifth Avenues.

Whether conquering your fear of heights is on your visitor’s agenda or not, taking a stroll or drive on some of these bridges is not only a connection to the past but a great way to see San Diego’s hidden gems.