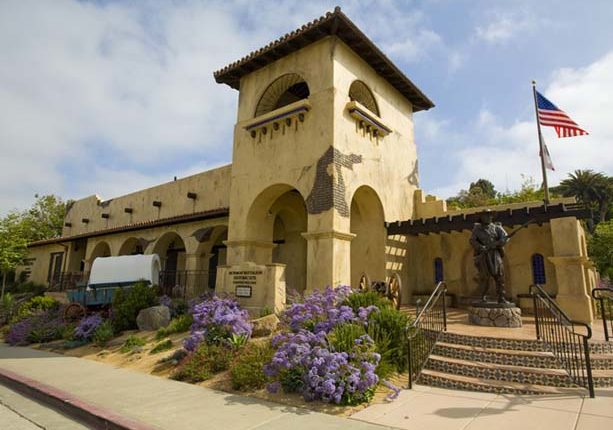 Come experience the long march from Iowa to San Diego at the Mormon Battalion Museum Historic Site. Learn why this group of Latter-day Saint men and women joined the U.S. Army and what they accomplished during and after their march. Located in Old Town San Diego, this Historic Site steps out of the 1840s and into the multi-media world of the 21st century. Your free tour begins in a new hacienda-style courtyard reproduced in great detail to represent the 1800’s. Visitors will experience history through exciting new technologies in cinema and special effects.

The Historic Site also has many interesting artifacts on display that were hand-carried into San Diego by the Battalion. The museum also features hands-on activities for all ages including gold panning, 1800’s laundry, brick making, and dressing up in period clothing. Visitors may also pose for a free “old-time” photograph at the center which can then be emailed to any destination. Admission is FREE!

Having been driven by mobs from their homes in Illinois, members of The Church of Jesus Christ of Latter-day Saints, known as “Mormons” sought assistance from the government for their migration to the west.  The U. S. Government responded with President James Polk requesting they assemble an army to march as part of the Army of the West during the Mexican-American War from Ft. Leavenworth, Kansas to San Diego.  This march is one of the longest in the history of the U. S. Army, totaling over 2,000 miles, and arriving in San Diego on January 29, 1847.

At the war’s end, the members of the Mormon Battalion stayed on and performed garrison duties, making friends with the Californios and bringing a community together through their service.  They fired some of the first bricks in California and used the bricks to line deeper wells, providing healthy drinking water to the Pueblo of San Diego.  The Battalion also constructed our first U. S. Courthouse, where a replica stands in Old Town today.