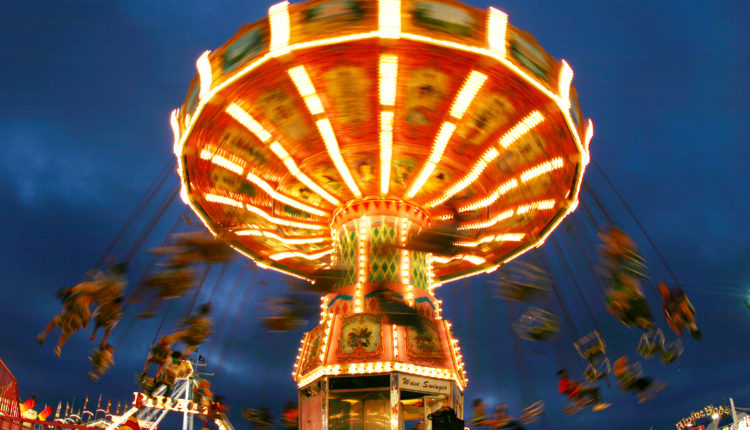 The Del Mar Fairground can trace it’s history to1880 when a group of San Diegans organized an agricultural Fair to bring county farmers together to share ideas, see who had the best citrus fruit, who baked the best pie, and who had the fastest horse. By the 1930s, faced with fairs that struggled each year for survival, voters approved pari-mutuel racetrack betting to help fund the state’s agricultural fairs. In 1936, the 22nd District Agricultural Association bought land at the mouth of the San Dieguito River for a county fairgrounds. Around this time, the Del Mar Turf Club leased the racetrack from the 22nd DAA to operate an annual live racing meet.

In 1985, the California Association of Racing Fairs (CARF) was formed, and the following year, this group introduced off-track satellite horse race wagering to the state. The 22nd District Agricultural Association started offering satellite wagering in 1987, and built its off-track wagering facility, Surfside Race Place, in 1991.

In the 1990s, Fairgrounds officials added two annual events to round out the entertainment calendar. The Holiday of Lights, a December display of lighted and animated holiday scenes set around the racetrack, began in 1995; and The Scream Zone, a haunted house popular with teens, started in 1998. The Del Mar National Horse Show, once a part of the annual Fair and now a separate event, celebrated its 65th anniversary in 2010. But the County Fair remains the most important event, and Fair staff works year-round to plan the exhibits, contests and entertainment that symbolize the beginning of summer for many San Diego County residents.

Major musical entertainment, rides, games and shopping are important Fair attractions, but the San Diego County Fair still considers the showcasing of agriculture to be its most important activity. The Paul Ecke Jr. Flower and Garden Show display ornamental plants, a very important San Diego County product, and the Junior Livestock Auction is still one of the most popular events each year.

Today the Del Mar Fairground is the current host to KAABOO one of the largest eclectic musical and comedy events held in the Country.

Things To Do This Week January 27 to February 2

For the Love of Chocolate Festival 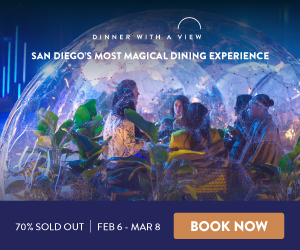 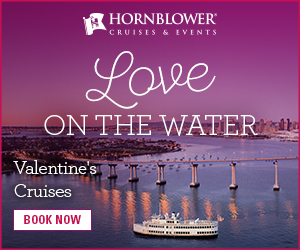