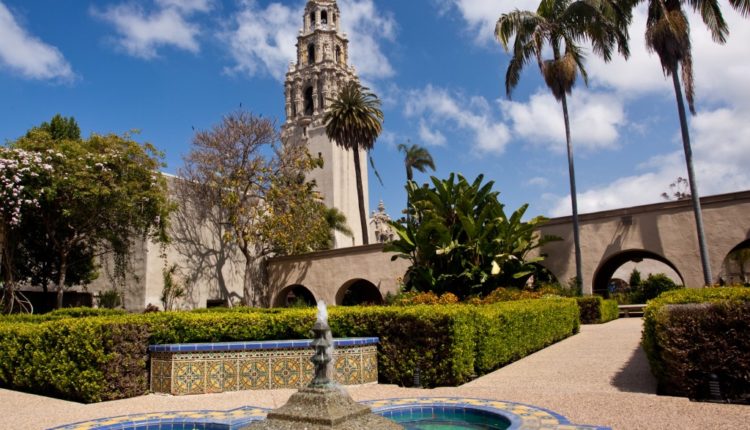 In the heart of downtown San Diego, you’ll find the nation’s largest urban cultural park. Beautiful Balboa Park is home to 15 major museums, renowned performing arts venues, beautiful gardens and the World Famous San Diego Zoo. The Park has an ever-changing calendar of museum exhibitions, plays, musicals, concerts, and classes. These all take place in the beautiful and timeless setting of this must-see San Diego attraction.

Discover stunning art collections, watch IMAX films, learn from docent-led tours, and enjoy interactive, kid-friendly exhibitions. Other things in the Park include art studios, carousel rides, and a mini-railroad and renting electric bikes and scooter for a fun way to get around the park!

Known for its horticultural treasure, the park hosts glorious gardens. Including an award-winning rose garden, and a butterfly garden, rare plant species, 58 different varieties of palm trees. Also a beautiful botanical building housing over 2,000 different tropical plants. There is something cool and different for everyone here at Balboa! Balboa Park is the perfect place to take the family for a fun-filled day!

In 2000 Balboa was host to San Diego’s millennium celebration.  San Diego Natural History Museum opened its doors after a major reconstruction to the original building. In 2003 Balboa Park was ranked as one of the Best Parks in the World by the Project for Public Spaces. The most recent formal Balboa Park garden dedication took place on November 11, 2005, and the new Veterans Memorial Garden was opened to the public. The Veterans Memorial Garden is situated on a one-acre parcel of land in the Park honoring all veterans. Balboa Park is steeped in history.  A true labor of love to the City’s leaders of the era, there was great effort to shape this rolling plot of land into the masterpiece it is today. It is truly a majestic part of San Diego.

The Automotive Museum stands as a living tribute to the automobile and what it has meant to our culture. The fabulous collection of exhibits includes Louis Mattar’s Fabulous Car, a 1947 Cadillac which he equipped with an electric stove, a refrigerator, a washing machine, a chemical toilet, an ironing board, a medicine cabinet, and, believe it or not, a kitchen sink.

The original idea of creating an automotive museum in Balboa Park came from Briggs Cunningham. He was a renowned automobile collector and racer. The idea circulated for many years until an inspired group of local automotive enthusiasts propelled the idea forward. In 1979, the San Diego City Council first considered the issue. A year later they gave unanimous approval to the museum and granted. And a long-term lease for one of the historic buildings in the jewel of San Diego – Balboa Park.

Fleet Science Center connects people of all ages to the possibilities and power of science to create a better future. At the science center, you can explore and investigate more than 100 interactive exhibits that pique your curiosity and become immersed in an IMAX film adventure that shows the wonders of the planet—and beyond—in the Eugene Heikoff and Marilyn Jacobs Heikoff Giant Dome Theater.

For adults, they offer events like Fleet Night of Science and community events such as Two Scientists Walk Into a Bar. In the community, they also provide free neighborhood science events weekly through 52 Weeks of Science.

The History Center presents dynamic, engaging exhibitions highlighting what makes San Diego unique and the region’s emerging role in the 21st century. Serving as a lifelong learning center for all members of the community, providing outstanding educational programs for school children and popular programs for families and adults. The Research Archives serves residents, scholars, students, and researchers onsite and online.  The History Center has been a Smithsonian Affiliate since 2013.