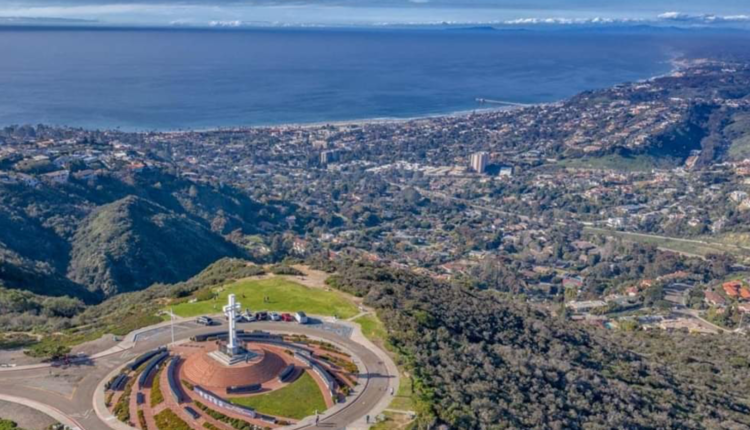 Get an amazing View on Mt. Soledad at the Mt. Soledad Cross. One of the best-known landmarks in San Diego. The 43 foot Cross which sits amidst a war memorial is a touching tribute to the men and women who gave their lives in military service. It’s even more magnificent up close, especially with the 360-degree views from the observation deck where you see La Jolla Shores, Scripps Pier, and all the way up the coastline to the north.

You can drive up to the Cross or take A Freefall Bike Tour. The tour starts at the top of Mt. Soledad where you’ll take in the amazing views before beginning the thrilling descent into Pacific Beach.