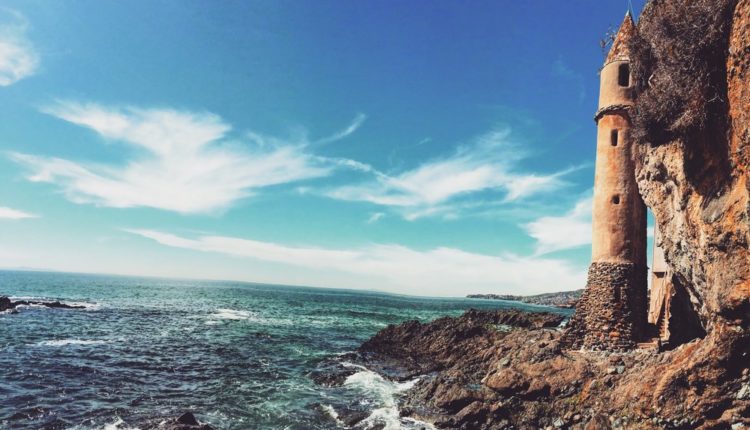 The Pirate Tower in Laguna Beach

On the side of a cliff on Victoria Beach, rests a 60-foot tower, known to many locals as the “Pirate Tower.” It was built in 1926 at the same time as the house at the top of the bluff, it was used as a way to get from the house down to Victoria Beach below. In the early 1940s, the home was sold to a retired naval captain and pirate aficionado. As the legend goes, he would dress up in pirate attire, hide coins and candy between the rocks of the tower and then invite the local kids over to go hunting for buried treasure.

Today the house and tower is one of Laguna’s landmark homes. The best time to visit is earlier in the day during low tide. This mysterious, beautiful tower looks like it belongs in a storybook rather than something you’ll find on the shores of Laguna Beach.

Off To The Races!