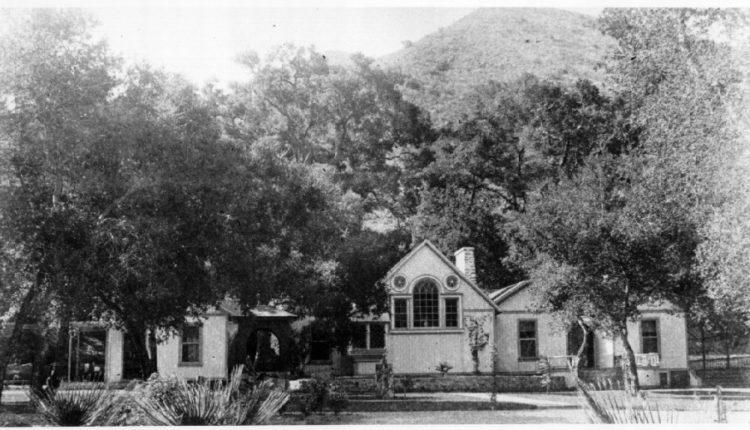 Arden the Helena Modjeska Historic House and Gardens was the home of world-renowned Shakespearean actress Helena Modjeska from 1888 until 1906. Helena came to America from Poland with her husband, Charles Bozenta Chlaplowski. Along with some friends they formed an agricultural colony in Anaheim in 1876 . Their colony failed after only a short time. Helena quickly learned English and began performing on the American stage. Helena performed in theaters across the United States with her husband traveling by her side for the next two decades. In the off-season, the couple made their home in this wooded canyon where they created an idyllic retreat which they named Arden.  Their retreat was named for the forest setting of Shakespeare’s play, “As You Like It.”

Famed New York architect Stanford White designed their rambling white cottage with several porches, a Palladian window and picturesque gables. In 1906, Arden was sold and the romance associated with Madame Modjeska’s life there attracted developers. They marketed parcels of the property to families seeking vacation homes. In 1923, the Walker family of Long Beach purchased prime parcels in the canyon, which included the Modjeska house and surrounding wooded area. For the next sixty-three years, the Walkers, as owners-guardians of the property, vacationed at Arden.

Their long-term care and sensitivity to the historic buildings and grounds resulted in the ultimate preservation of the site. In 1986, the family sold the property to the County of Orange for the purpose of establishing a historic park. In addition to the native plant life of the canyon, there still remains some of the original plantings from the Modjeska era, such as palms, English yews, white lilac and crown of thorns. There is also a grove of Redwoods planted in the 1930’s by the Walker family.